Since the establishment in 2002, SUNGSAN E&C has become a global leading company in the RF market around the world.
In 2015, based on accumulated knowledge and experiences, SUNGSAN E&C has released high power amplifiers for EMC, called ‘SA Series’ as a new line-up.

The ES Series operates from 20 MHz to maximum 6 GHz with output power level varying from 35 W to 1000 W.
Not only that, there is a variety of options, such as LCD Alarm, GPIB and AGC Mode.
Upcoming November, SUNGSAN E&C is taking part in EMC FEST 2018 which takes place in Hwasung Korea on 21st November.

We are looking forward to sharing information for EMC with experts. 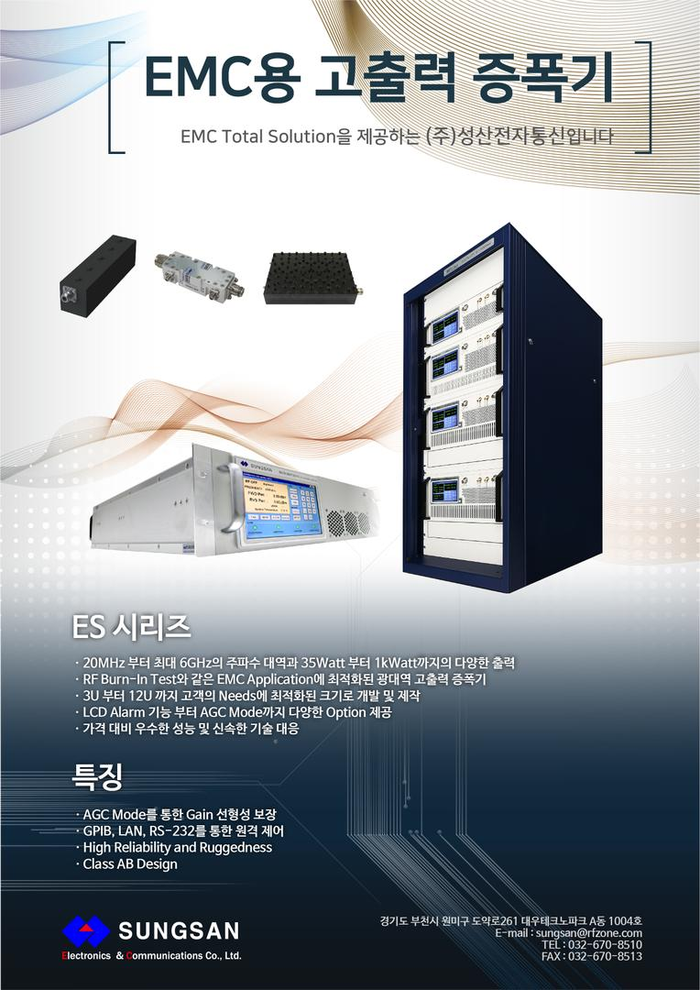